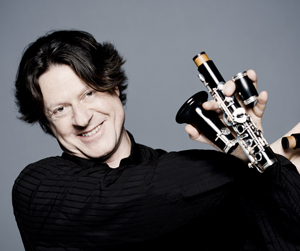 Born in Erlangen, Germany, Fabian Dirr studied at the Hochschule für Musik und Theater in Hannover with Prof. Hans Deinzer and completed his apprenticeship in the Solistenklasse.

Playing in the orchestra he was member of the Nordwestdeutsche Philharmonie, Herford, the Opern- und Museumsorchester, Frankfurt, the Münchner Philharmoniker and since 1995 he is principal clarinetist of the Dresdner Philharmonie.

After he founded the Carus Ensemble Dresden in 1997, Dirr was its musical leader of for over twenty years and as an enthusiastic chamber musician he joined the Hohenloher Musiksommer, the Sächsisch Böhmisches Musikfestival, the Kammermusiktage Hitzacker, the Mettlacher Kammermusiktage. He played many concerts in Europe as well as in Japan and South Korea, USA, Brasil, Argentina, Chile and Uruguay.

Since 2013 Fabian Dirr teaches as a professor at the Hochschule für Musik „Carl-Maria-v.-Weber“ in Dresden. He gave masterclasses in Germany, Italy and South Korea.