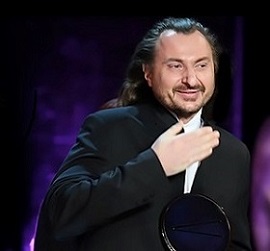 Born in Szczecin, he learned to play piano and organ in his hometown and in Krakow. As a baritone, he studied at the Conservatoire Supérieur in Paris and Opera Studio in Marseille (le Nouveau CNIPAL) under the guidance of Teresa Żylis-Gara, Robert Tear, Gary Magby, Régine Crespin, Rachel Yakar, Sergei Leiferkus, among others.

His concert repertoire includes oratorios from Bach to Britten and Ligeti. The artist also gladly performs contemporary music , including by composers, who have  written especially for him. He records, among others, for Radio France, TF1, EMI, RAI, SBB, Decca.

In March 2005, Marcin Habela received the title of professor from the French Ministry of Culture. Currently, he teaches at the Haute École de Musique de Genève where he serves as the Dean of the Vocal Faculty, and at the Conservatoire de Lyon. He conducts numerous master classes in many European cultural centres and Rio de Janeiro. Being a vocal advisor, he is a member of artistic committees of the Académie Tibor Varga in Sion, EDA (European Opera Academy) based in Maastricht and the International Competition in Geneva. He was responsible for the 2016 edition of the competition.

In November 2008, he received the Audience Award for the best performer for the role of Raoul Wallenberg in the world premiere of the Raoul opera by Kunze and Kingsley during the Opera Competition and Festival with MEZZO TV.In June 2015, he performed as Peeperkorn in the world premiere of The Magic Mountain opera by Paweł Mykietyn, at the Malta Festival in Poznań. He also created this part at the Sacrum Profanum Festival in Kraków in September 2015 and a year later, at the Warsaw Autumn.

In the near future, Marcin Habela will perform as baritone in the Carmina Burana cantata by Orff in Basel and the Ninth Symphony in D minor by Beethoven in Brazil, Hamlet by Thomas in Lausanne and in the opera by Bruno de Francheschi, Le Paradis? Non, merci! in Geneva. He will also present recitals in the Opera in Athens and at the Gaia Festival in Geneva.