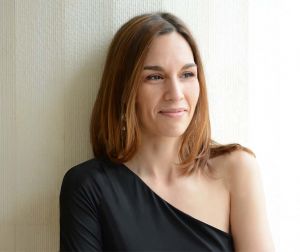 She is considered one of the most accomplished Greek flutists. Both Stuttgart- and Athens-based, she has performed as a soloist, chamber musician and orchestral player at major halls and festivals throughout Europe, in Asia, Africa and South America.

She has been principal flute of the Thessaloniki State Symphony Orchestra and has appeared among others with the Athens State Orchestra, Athens Camerata, Wuerttemberg Chamber Orchestra Heilbronn, Stuttgart State Opera House (Kammertheater).

She is flute professor at the Athens Conservatoire. In addition, she teaches the flute at the Music Department of the Athens National University and flute methodology at the State University of Music & Performing Arts Stuttgart (Staatliche Hochschule für Musik & Darstellende Kunst).

She has studied at the Nadia & Lili Boulanger Conservatoire in Paris (flute diploma with the “1er Prix de la Ville de Paris”) and the State University of Music and Performing Arts Stuttgart under Prof. Jean-Claude Gérard (master degree).